We use cookies to ensure that we give you the best experience on our website. If you continue to use this site we will assume that you are happy with it.Ok
Home

Amber is an amorphous, hardened material made from a mixture of organic compounds including carbon, hydrogen and oxygen. More than 40 other compounds, including succinic acid, potassium, sodium, iron and others occur in Amber mixtures, and have combined over time with the preserved resin of ancient pine trees. Some types of Amber are found in the Earth, but others have been loosened from rocks or soil and are carried by the ocean to end up on or near the shoreline. The Baltic coast region bordering Germany, Poland, and Russia is an important Amber source. 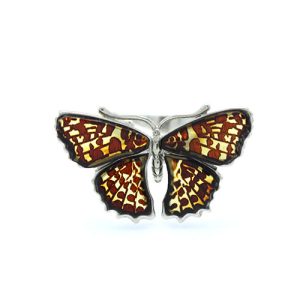 About 50 million years ago, the tree species Pinus succinifera grew in Northern Europe along with other pines that also produced resins that have transformed into Amber. During that time, the Earth’s climate warmed and caused these ancient trees to exude large amounts of resin. Baltic Amber, sometimes called Succinate, formed more than 45 million years ago, and all Amber has been preserved for more than one million years. Any preserved resin younger than that is known as Copal, and though these similar materials are related and have nearly identical origins, the main difference is their age.

Amber is often referred to as fossilized resin, but true fossils form only when an animal or plant is buried in the earth and the organic remains are slowly replaced by elements from the mineral kingdom. The organic elements of Amber are not replaced by elements but instead are chemically transformed into a natural plastic or polymer. Amber is well known for having inclusions of trapped ancient insect and plant species that have been preserved within it, and for specimen collectors, an interesting plant species or animal inclusion can add significant value to a piece. Raw Amber occurs in a diverse range of forms and colors, including drops, icicles, drips and nuggets of various sizes. 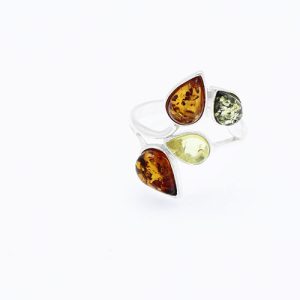 Artisans have used Amber for jewelry and ornaments for more than 10,000 years, and it is one of the first organic gem materials to be used by man. Amber is common and easy to carve, comes in a wide range of colors, and can be completely transparent to absolutely opaque. It is very lightweight with a density comparable to seawater, and large Amber jewelry can be easily fabricated and comfortable to wear.

Forms and Colors of Amber

Amber is classified in several ways including where it originated, as well as by its various forms, and by its color – with more than 250 different natural shades on the market.

Sea Amber is found in the ocean by dredging a deposit or collected on beaches after it has broken free from underwater deposits and washed ashore.

Pit Amber is dug up from the Earth, especially in the Baltic region, and is mined much like other minerals or gemstones, using machinery or by hand when found in shallow deposits near the surface.

For jewelry artisans, carvers, and collectors of Amber, the most-valued colors of Amber include:

There are many forms of Amber which are named for the physical appearance of the specimen. They include clear, massive, fancy, cloudy, frothy, fatty, and bone.

Amber is the most typically bright yellow, but ranges from white, yellow, and brown to red. There is also greenish, bluish, gray and black, and Amber is not always a single color. The most common colors are yellow, orange, and various shades of brown, and some Amber can have subtle shades and combinations among all of the hues. Because tree resin is primarily a bright and transparent honey yellow color, it often remains so, even after the resin has been transformed into Amber, but variations during the transformation can affect the final form and appearance: 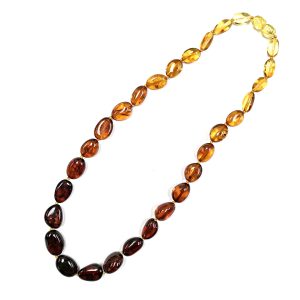 This is the “primary” Amber color, which is similar to fresh tree resin. Only about 10% of Amber is completely transparent, and this type of material is most often found in small pieces. Large and transparent Amber is quite rare and valuable. The shade could vary from yellowish to dark red, but the color depends on the amount of oxidation of the Amber. Inclusions are typically found in transparent Amber. 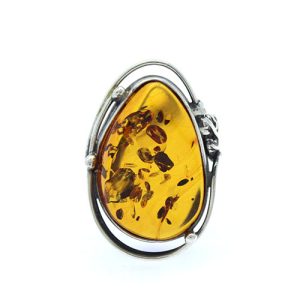 Natural red Amber is especially rare and occurs only about 0.5% of the time. Red Ambers can vary from orange to deep black. Often, the rare color is obtained artificially – by heating transparent amber to oxidize it. 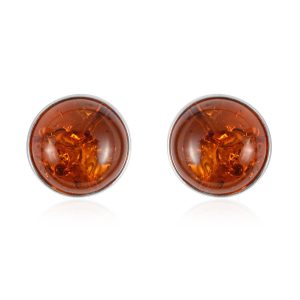 The most abundant color, which occurs about 70% of the time, is various shades of yellow, but this type of Amber is often cloudy, not transparent. 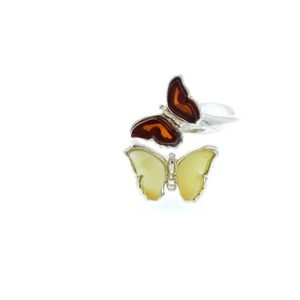 White Amber occurs about 1-to-2% of the time and is very rare. It can be distinguished by a variety of surface and interior textures and is often called “Royal” or “Bony” Amber. White Amber can include intrusion zones or patterns of yellow, black, blue, green or transparent Amber. 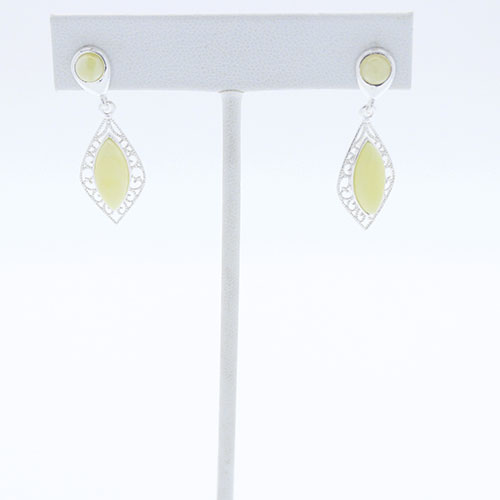 Green is another rare color that occurs in about 2% all Ambers. Green transparent Amber can include what is called a “sugar structure” caused during the resin’s transformation. Amber pieces with green, blue, or violet tints due to extreme fluorescence are very rare. 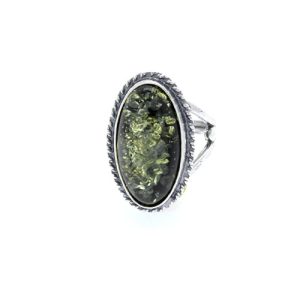 This is the most rare shade of Amber and also the most valuable of colors. Only 0.2% of all Ambers are blue, and this color is typically found within nuggets of white Amber.

About 15% of Amber is black, and frequently consists of the preserved remains of tree bark and other vegetative materials. Often black Amber features attractive natural patterns, textures or inclusions.